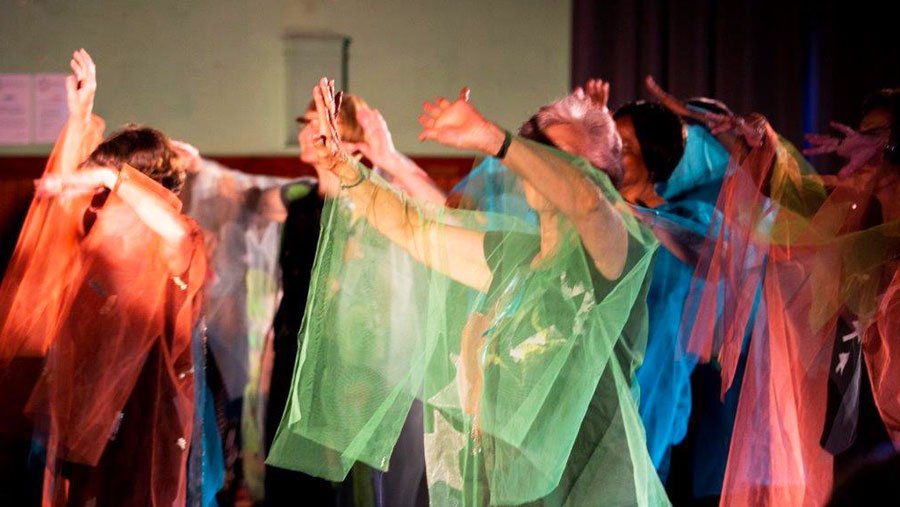 Our Space in the City summer school was a great success. Thanks to Longfield Hall who were successful in getting the funding from the National Lottery! 24 young people spent three days preparing a wonderful performance of drama and dance; using props they had made during the art workshops. The adults who had been preparing two dance pieces during the free hourly sessions were also integral to the performance as they wore specially made kimonos and T shirts which they had also decorated during their art workshops.